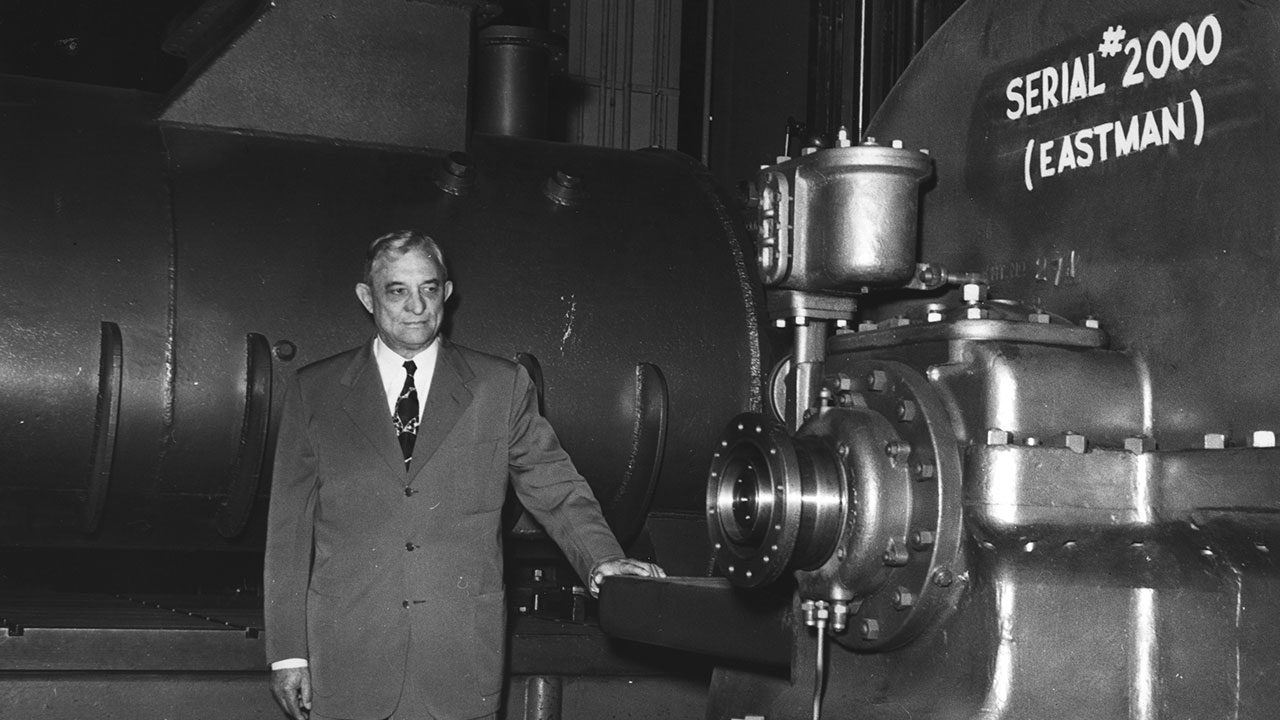 On July 17, 1902, Willis Haviland Carrier designed the first modern air-conditioning system, launching an industry that would fundamentally improve the way we live, work and play.

Genius can strike anywhere. For Willis Carrier, it was a foggy Pittsburgh train platform in 1902. Carrier stared through the mist and realized that he could dry air by passing it through water to create fog. Doing so would make it possible to manufacture air with specific amounts of moisture in it. Within a year, he completed his invention to control humidity – the fundamental building block for modern air conditioning.

Willis Carrier would grow up to solve one of mankind’s most elusive challenges – controlling the indoor environment. As a child, though, he had difficulty grasping the concept of fractions. Realizing his struggles, his mother taught him by cutting whole apples into various-sized fractional pieces. He later said this lesson was the most important one that he ever learned because it taught him the value of intelligent problem-solving.

The “Father of Air Conditioning,” Willis Carrier’s invention gave rise to numerous industries that power our economy today. Manufacturing of everything from baked goods to wartime supplies was made possible by air conditioning. Air conditioning led directly to summer movie blockbusters as people came to cooled theaters to escape the heat. The precise control of temperature and humidity made possible by his invention even enabled shopping malls, transatlantic flight, and the computers and servers that power the Internet.

Bringing Comfort to the World

Willis Carrier recognized early on that climate, comfort and production requirements would determine the value of air conditioning. From the beginning, he began to develop a network of international dealers, distributors and customers. Success with early installations in Europe and Asia were indicators of air conditioning’s universal application across international borders.

Willis Carrier’s legacy lives on today as the company he founded continues to reinvent the industry and shape the world we live in. Carrier leads the industry with energy-efficient products and manufacturing practices. Every day, Carrier brings productivity and comfort to the world through new innovations – all built on energy efficiency and sustainability.